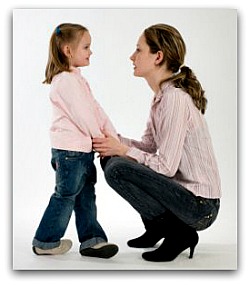 You’ve tried everything to motivate your kids but nothing seems to work. You’ve asked nicely, you’ve demanded, you’ve threatened and you’ve punished but it’s either the same old battle or you’ve just given up.

The good news here is that things CAN change. Kids can develop new ways of acting. Even habits that have been in place for years can be unlearned and replaced by new habits. Make no mistake, it takes a lot of patience, optimism, and commitment on the part of the parents, but the rewards are well worth it. In my personal experience, introducing something new in my household is initially met with resistance. It can take several weeks, months, or even up to a year before the new habit is in place and it can feel like a long haul until we get there. Often, we feel tired out; tired of working on it and tired of having to find energy and resolve especially when:

We have to call forth strength to continue to help our kids get motivated, but it IS possible.

Positive reward motivates kids very effectively. Think about what motivates adults to go to work: the paycheck, the benefits, or the feelings of importance and contribution to the world. For each of us it’s different.

What would motivate your child to do what you ask? What does your child light up over? What have you seen your child go through substantial effort to get? Here are some possibilities:

As your child’s needs and interests change, so will the things that motivate him/her. Keep your eye out for new motivators. Here are two that worked with my kids at different ages.

When my daughter asked for her first phone, it felt way too early for us to get her one. But then it dawned on us that this could be a major motivator. We agreed that if she got certain grades or above, we’d get her a phone. In order for her to keep it, she needed to maintain those grades. It worked: we found ourselves at the phone store two days after the first report card came home. She felt proud of what she had accomplished and we were relieved we no longer had to remind her to do her homework daily. It wasn’t a perfect fix (she still needs gentle reminders from time to time) but the battling has stopped.

My son is younger. We struggled to get him to be responsible with chores like making his bed, brushing his teeth, wiping the sink when he’s done, and scooping the cat litter. When we noticed that he was regularly asking us for cash to buy gum or soda – and he was stoked when we gave him as little as a dollar- we decided to tie the two together. When he did all his chores, he earned $1 that day. Because he was younger and needed a more immediate reward we chose something he got right away rather than something that would take him a few months to earn. At first his tasks weren’t done perfectly: making the bed looked more like pulling the covers up in a haphazard fashion! But we settled for that because we wanted him to get used to the new routine and feel successful. As he got older, we guided him to do a better job. And as he continues to get older, we add new tasks and increase the reward to match.

Another powerful motivator is the idea of doing tasks together. When your kids want your time and attention this works well. Begin by doing a task with them so it’s enjoyable rather than boring. If you want your child to:

Over time, a new habit will form. You’ll be able to give your child more and more independence and the new behavior will become routine.

To learn more about how to motivate your child, schedule an appointment here at Couples Therapy Center.