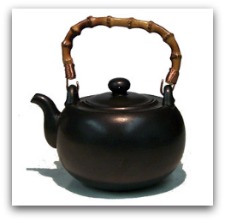 “You’re so passive! Why can’t you stand up for yourself?!”

“You’re over-involved with your family. Don’t you consider me!?”

“You’re too emotional! You need to be more logical.”

“You get enraged over the smallest things. You should be more accepting.”

Ever find yourself hating something about your partner? Who hasn’t? Once the initial romance wears off, we get to see many more sides of our partners – both the good and the ugly. Most people dislike some things about their partner for two reasons:

The first statement probably doesn’t surprise you, but the second might be a little hard to swallow. In therapy terms, this is called ‘projection’. The idea is that it’s more palatable to see characteristics we dislike in other people than it is to see them in ourselves. It’s so much easier for the pot to call the kettle black. We tend to hate a trait in others (especially if the person is our spouse) rather than to recognize, “Oh, I do this too, sometimes.”

Let me give you an example. In this scenario, a wife tells her husband that an out of town cousin will stay at their house in a few weeks. It’s going to be on a night when the husband usually works late and she says “If you can be here that night, great.  If not, that’s okay.” Even though she says this, the husband knows it’s important to her that he be there and it’s important to him too. Although it’s not easy, the husband manages to change his work schedule. The morning before the cousin’s arrival, the wife tells him that the plans have changed and her cousin is coming a different night instead.  Right away, the husband feels anger swell up inside him. He yells, “What?!  You didn’t even ask me – you went ahead without talking to me first?! Do you know what I had to do to get coverage for that night!? Change it back!” When the wife refuses and says that he doesn’t have to be there, he moves into attack mode with, “You won’t ask her because you let others dictate your schedule. You can’t stand up for us or for yourself. You’re so passive! You’re weak!”

Why did the husband get so angry in this situation? There are several reasons. The first is totally legitimate: It’s not okay for one spouse to make unilateral decisions about things that affect both partners. It’s not that one spouse needs the other’s permission to do something; it’s just that couples should talk about things before deciding.

There are other valid reasons here, but the reason I want to focus on is this: the husband projected traits that he, himself, wrestles with onto his spouse. One clue to this was the way he labeled her behavior by calling her passive and weak. The husband got angry because, on some level, he realizes there are times he can be passive or fail to stand up for himself.  Since this is hard for him, he becomes enraged when he sees the same trait in his spouse.

How can the husband turn his anger or ‘energy’ into something productive? He can own his own passivity and develop the opposite trait: assertiveness. This is an opportunity for him to grow part of himself. Buried in this conflict is the chance to be different.

In this situation, the husband has the opportunity to be assertive by talking to his wife and cousin. He could say, “I felt hurt when you changed the plans without talking to me first. I was annoyed. I had to go through a lot to make that night available, and then you changed it. I wanted to be there. Next time, please talk to me before you decide what to do.” Instead of resenting his wife’s passivity, he can take this opportunity to grow his own assertiveness.

When you find yourself triggered by something that your partner does or says, you can take it to the next level by being curious about yourself. Ask yourself: